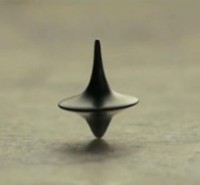 Ok I realize I’m late to the party here, but I just saw ‘Inception’ and while I really enjoyed it, there were a few things that did not make any sense. For me it’s important for speculative fiction to be internally consistent. Let me know in the comments if you agree/disagree or if you have more plot holes to add.

SPOILER ALERT. Obviously this post is full of spoilers, so don’t read it if you have not yet seen the movie.